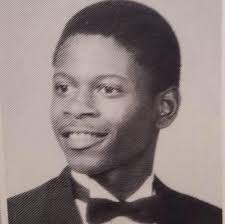 I’m just a small blog. Not many people read my writing, which is alright; I am not complaining. I enjoy writing; always have and I always will. I hope to one day help others through my writing, inform them or make them think about things a little differently than they originally did. I’m hoping I can do that with this post today, as my peer circle has been talking about it quite a bit for the last few days. 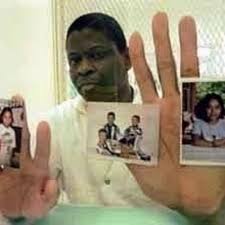 This is Rodney Reed. He is 51 years old and is currently on death row for a murder he most likely did not commit.

On April 23rd, 1996, nineteen year old Stacey Stites of Giddings, Texas fails to show up for work at the H.E.B grocery store in Bathrop. At around five in the morning, almost two hours after she was scheduled to come in for her shift, she still was not there. Her fiance’s truck that she typically would take to work was found in a high school parking lot by a police officer. Everyone begins to worry, but soon, they would find out where she was. Later on in the afternoon, Stacey’s body is found on a dirt road in a heavily wooded area. She is partially clothed with her arms above her head, with ligature marks on her neck, indicating that she was strangled to death. There was also an unknown male’s DNA inside her body, and the sample wasn’t matched until almost a year later.

This is where Rodney Reed comes in. That DNA that they tested…it matched Reed. At first when he is questioned, he denies knowing Stites, but he later changes his story, letting law officials know that he and Stacey were having an affair. They had sex about a day before she was murdered; that’s why his DNA was able to be detected on her body.  Of course this was not a good look for Reed, but I can understand why he would be hesitant to come forward with that information. He is a black man and she is a white woman. There was a bit of an age difference, and she was already in a relationship. Also, this happened in the South, so I’m pretty sure not everyone would be accepting of the secret relationship not only because cheating was involved, but because Rodney was a black man.

This is where we introduce Jimmy Fennell. Stacey was engaged to be married to this former police officer during the time of her death. He originally was the prime suspect, but of course, the DNA didn’t match. However, when taking a polygraph test, he failed it. So he took it again, and the police got the same result. Failing both polygraph tests can be kind of telling don’t you think? Fennell claims that he was at home with Stites the day before she was murdered. He says he was up watching television when Stites went to sleep at around nine at night. Hmmm…well when we dig a little deeper into the evidence, there seems to be some dilemmas. When examining the sperm sample collected from Stites’s body, the three intact spermatozoa had been there no more than about 24 hours prior to her death. Didn’t Fennell say that he was with Stites the night before she was murdered? The timeline for Stites’s murder was just all over the place. If she was to have sex within the 24 hours of her murder, that means that she would have been on her way to work when that happened. Also the murder would have taken place during the time Fennell says that he was with Stites.

It was said that Fennell already knew that Stites was having an affair with Reed. Charles Wayne Fletcher, a former Bastrop County police officer stated in an affidavit filed in October that Fennell told him that he thought she was sleeping with a black man behind his back. Years later in 2008, Fennell was charged and plead guilty to kidnapping and improper sexual activity with a person in custody when he was a police officer in Georgetown, Texas. He was sentenced to ten years. While he was in jail, he told an inmate that he had to kill his ”n-word” loving fiancee. Smart Jimmy, really smart. Here is an article that explains the situation a little better:

With all the information that has accumulated over the years that possibly proves Mr. Reed’s innocence, why is he about to be executed on November 20th? It is possible that an innocent man is going to be killed, and there isn’t much time to help him out. The more the word has been spreading, the more hope he has at being taken off the death row list. He could be saved. There’s only eleven more days left. People such as Rihanna, Kim Kardashian, LL Cool J, Gigi Hadid and others are trying advocating for this man’s innocence. Below is a petition that can help Rodney Reed from getting executed.